Music Together Now in the Philippines

A couple of weeks ago, me and my three-year old son, Caleb attended a free demo class by Music Together at the Kensington Place (Playschool International) in Bonifacio Global City.

Music Together is an internationally recognized music program for children from birth through age 7 and the grown-ups who love them.  It pioneered the concept of research-based, developmentally appropriate early childhood music curriculum that strongly emphasizes and facilitates adult involvement.

The program values the role of music in early childhood. By learning to "speak music" at a young age, children can develop a musical capacity that will give them enough music aptitude to play in a symphony orchestra as adults, if they choose.

The core of the program is the idea that kids learn best from the powerful role models of parents/caregivers who are actively making music. It aims to create a friendly and supportive environment where families can come together, for children to learn how to sing in tune, keep a beat and confidently participate in the music of their culture.

The program has been offered to the public since 1987 and has now more than 2,500 locations in 40 countries, but it was only recently that the program was brought to the Philippines by The Great Leap Academy.

Music Together has chosen Playschool International as the venue for their classes in BGC Taguig City. Since the building is located along Burgos Circle, parking was quite convenient - a very important factor for me in choosing a class venue for my son. We got there quite early so Caleb was able to play with the toys available in the school while we waited for Teacher Rylie and his classmates. 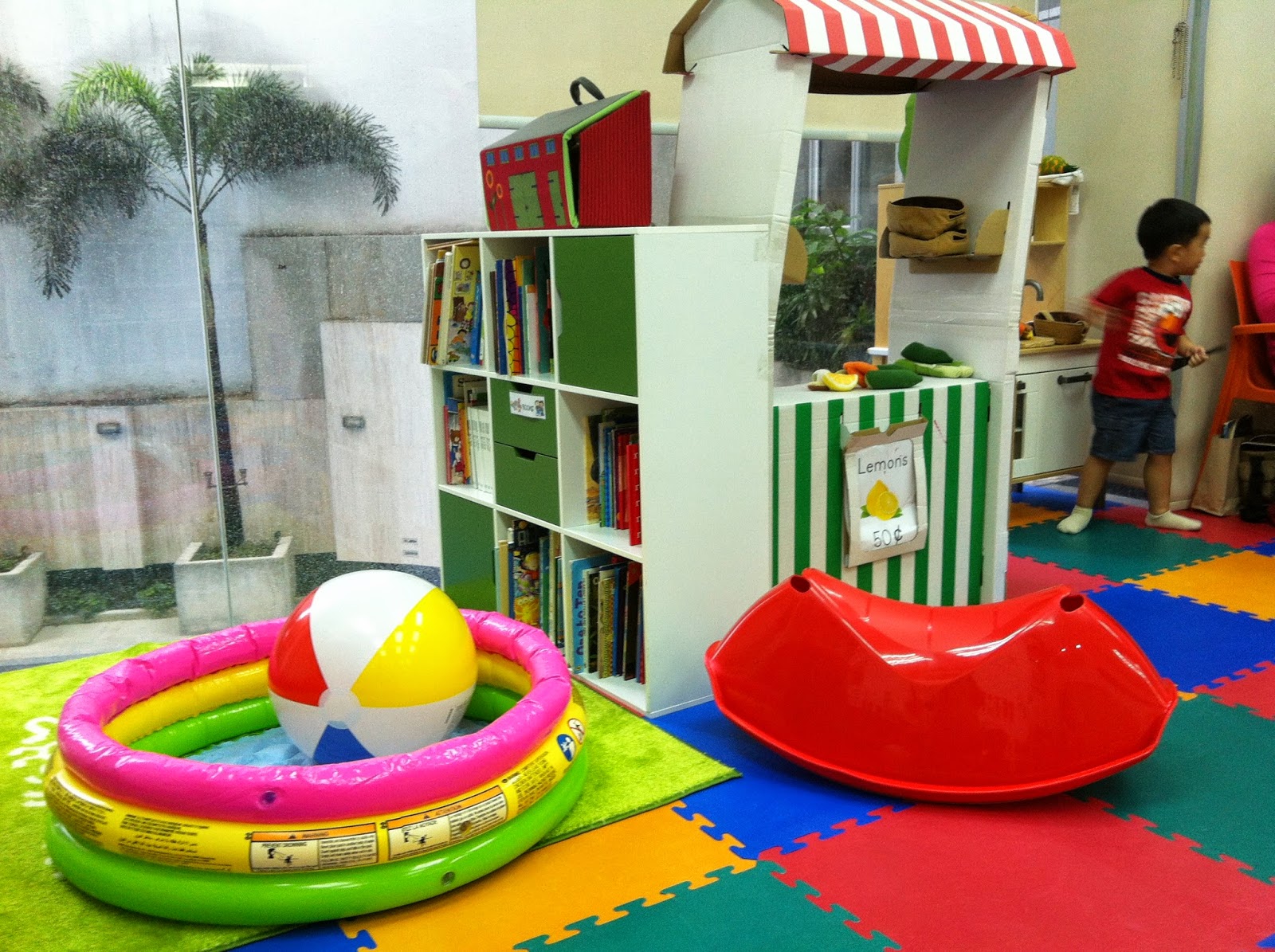 Before the class began, Teacher Rylie gave name tags to the kids and asked all the moms and caregivers to join and participate. She also assured us that older kids are free to roam around and play while class is going on.  One of the philosophies of Music Together is to create a friendly, no-pressure environment for the kids.

In the demo class we attended, there were only 2 toddlers and 3 babies below 1 year old. I was expecting that the class will be composed of toddlers/ pre-schoolers (not mixed aged) so I was worried with how my son will respond.

But when she began to play the ukelele and sing the "Hello" song, I noticed that Caleb was easily drawn to the music.  He stopped playing, embraced me from behind and began swinging from side to side. 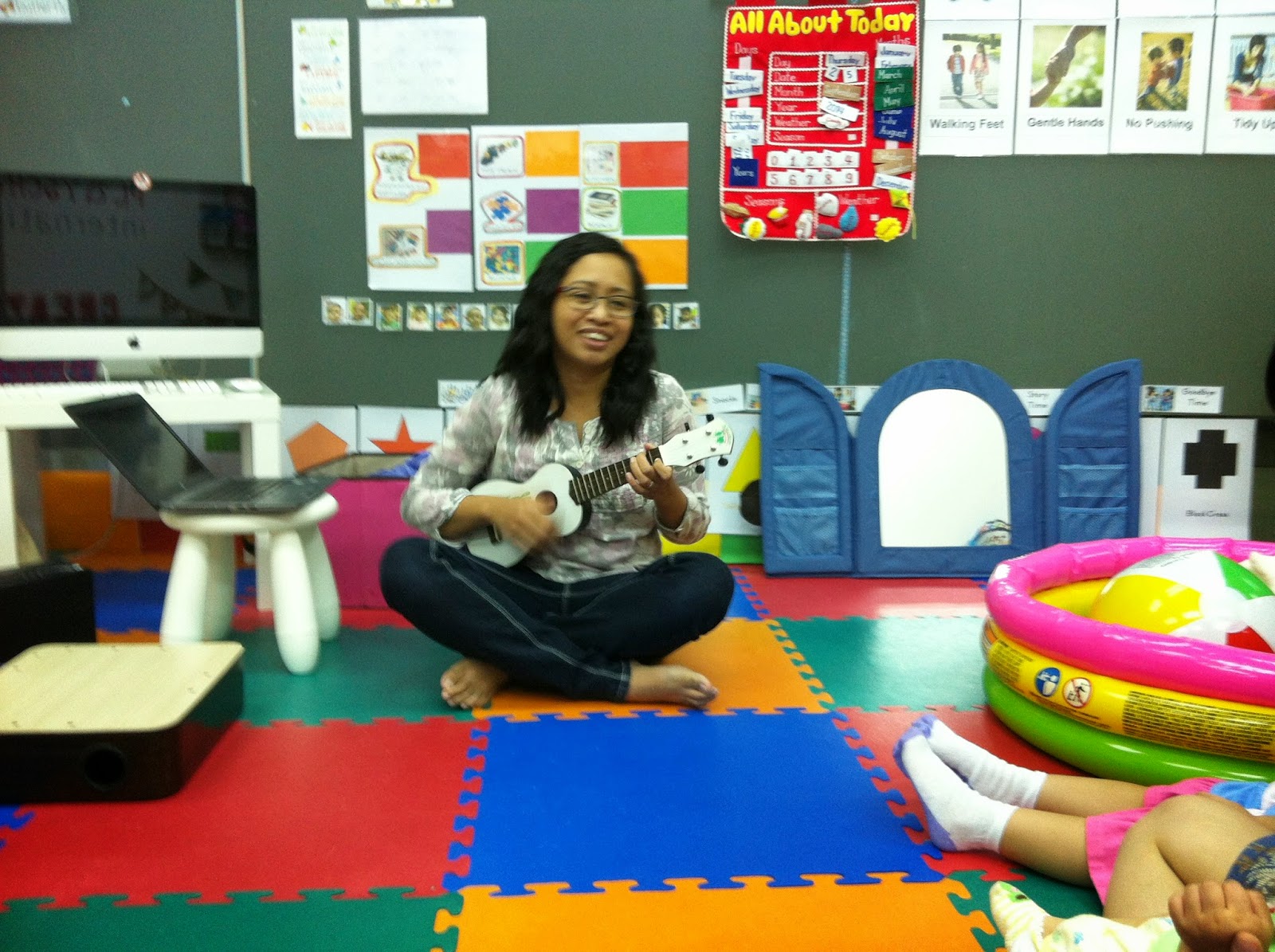 In the succeeding songs that were played, Teacher Riley introduced various musical concepts to the parents and explained the idea behind each segment. During the class, she taught about micro and macro beats, rhythms and tonalities.

Later on, she brought out different instruments - castanets, maracas, bells, egg shakers and tambourines.  We learned new songs and sang familiar ones with a slightly different melody.  Caleb had lots of fun dancing and playing the instruments. Seeing how my son respond made me appreciate the beauty of the program. Even when Caleb was younger, I already saw his natural interest in music. I think that Music Together will help build a good foundation for him to develop an inclination to music just like his dad who plays the saxophone and flute. 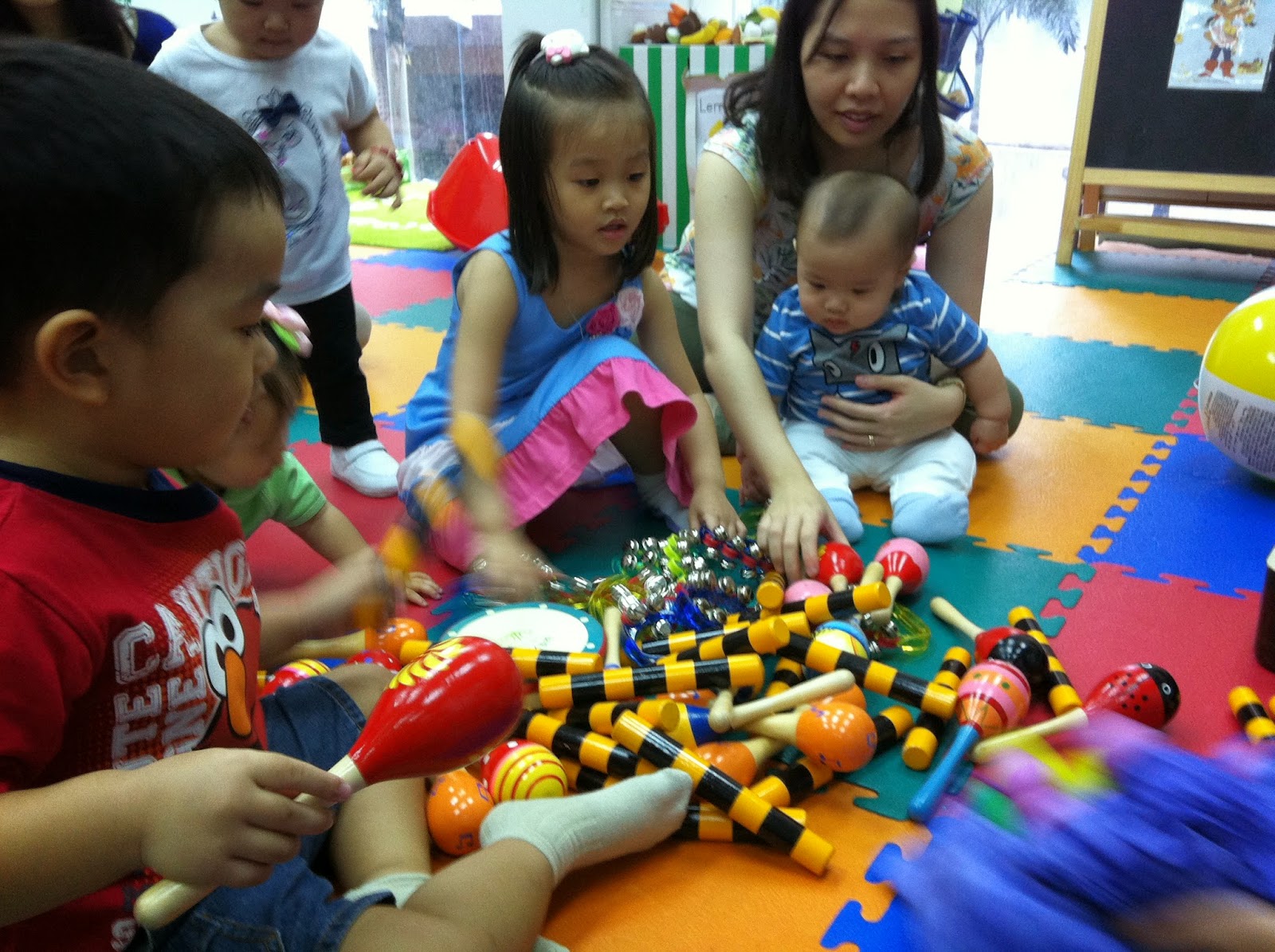 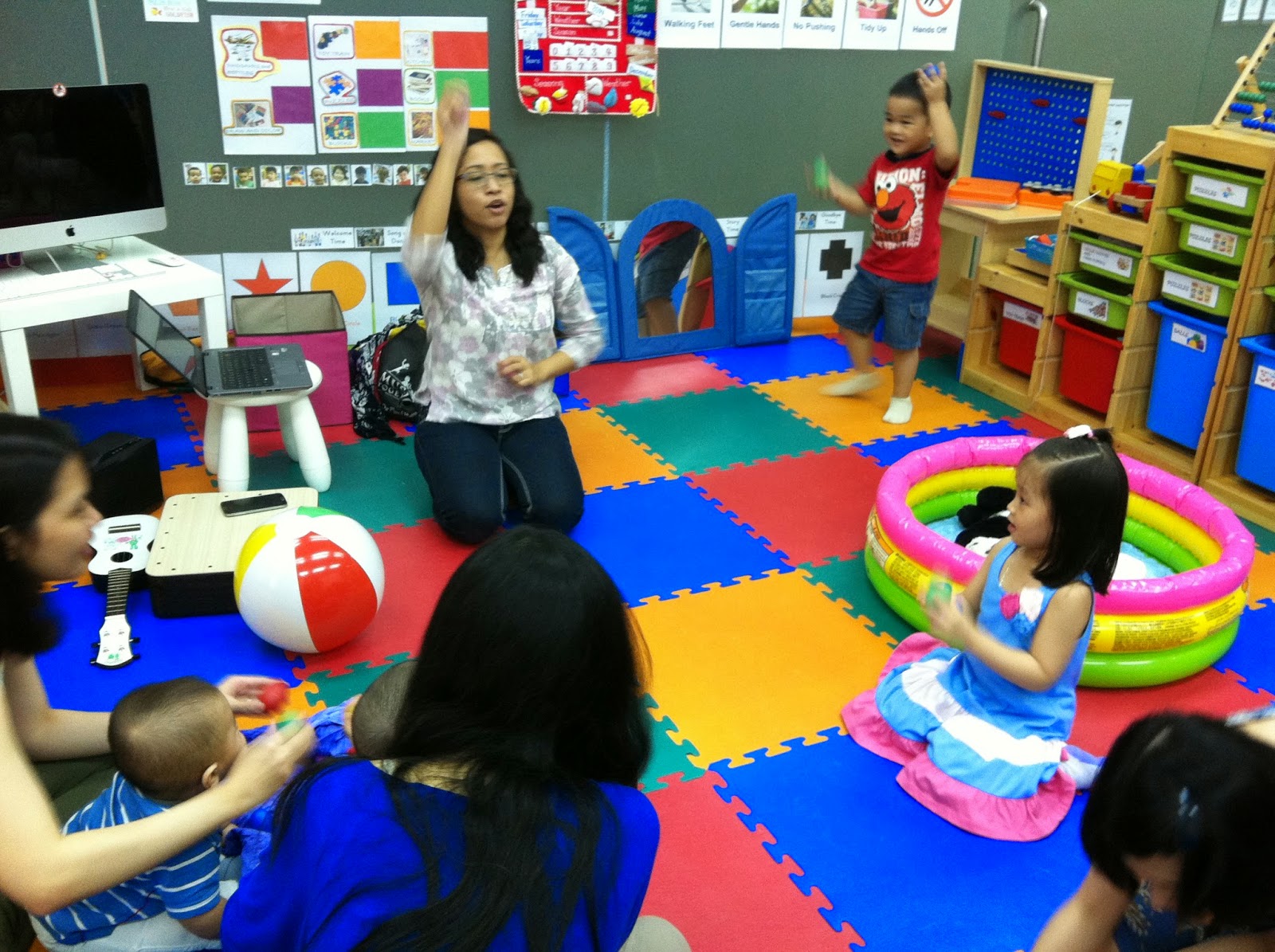 I personally liked how Teacher Rylie conducted the class. She has a very soothing and clear singing voice. She led the class in singing songs, some of which are from different genres and cultures.  I thought that the folk aspect of the music brings a unique character to the program as it exposes children to a new kind of music - something that they don't usually hear. She said that in the actual class, we can play different kinds of music both familiar and unfamiliar and even incorporate contemporary songs for the kids and parents to sing.

After the class, she entertained our questions about the program like how Music Together differs from Kindermusik and other music programs for children. One of the ways they differ is that in Kindermusik, the kids are grouped by developmental age, while Music Together's philosophy is that learning in an informal family style is best.

Music Together Fall 2014 classes in BGC will start on October 9, 2014. Regular Rate is P8,500 for 1 term (3 months, once a week classes). Flexible payment terms and early bird rates are also available.  Upon enrollment, you will receive 2 professionally recorded CDs and an illustrated songbook with family activity suggestions.

Currently, Music Together is being offered in the following locations:

As much as I want to enroll, I am due to give birth by the first week of November so I will have to wait until the next term (January 2015). And because siblings below 8 months can attend the class for free, it got me even more excited!

Music Together by The Great Leap Academy Facebook Page

Email ThisBlogThis!Share to TwitterShare to FacebookShare to Pinterest
Labels: All About Kids, Parenting